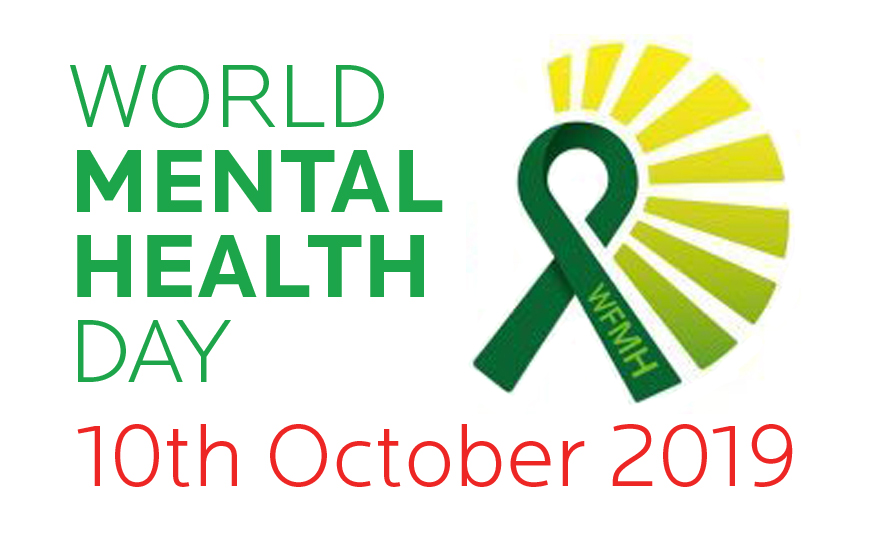 The World Health Organisation gives us some alarming statistics about suicide: They tell us it’s the principal cause of death among people aged 15 to 29 and that over 800,000 people die by suicide each year. ‘Suicide Prevention’ is the theme of this year’s World Mental Health Day. An initiative of the World Federation for Mental Health, it takes place on Thursday 10th October 2019.

Suicide is a subject that no one wants to talk about, it’s surrounded by stigma, taboo and silence. The aim of making ‘Suicide Prevention’ the theme of World Mental Health Day 2019 is to get governments worldwide to prioritise suicide as a public health agenda. Talking openly about suicide allows us to identify the signs that someone we know might be at risk. The message from the World Federation for Mental Health is that suicide is preventable and can be avoided.

In response, Mental Health Ireland is celebrating Mental Health Week from the 7th to the 11th October 2019. Mental Health Week 2019 is a series of campaigns and events that aim to raise awareness not only of suicide, but also mental health in general. Check out their website for more information and helpful resources.

At Lumina we know the value of talking openly about difficult issues. However, we also know that it’s not always easy to talk to friends or family. Psychotherapists are professionals who are trained to listen in a unique way – it’s a very different sort of conversation.

Some other support resources: